Get the Sports News Now 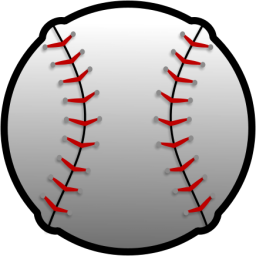 Baseball season starts in less than a month. Opening Day is one of the best parts of spring. It signifies that the long cold winter is over, and that summer is near. Baseball is back, and a full season of excitement is on its way. Whether you’re an American League fan, or a National League fan, there’s 162 games of regular season play, plus the playoffs and World Series ahead of us.

The media is already on duty, reporting from Spring Training with game scores and updates, rookie and veteran player profiles, Division and League predictions, as well as great anecdotes about the athletes themselves. Odds are, you don’t live in a town with an MLB training facility, but if you wanted to catch the action down south, you would be able to on a regular basis. Local news channels, websites, and magazines from all over the country have journalists of various media outlets and backgrounds scouting out their team of choice and preparing their hometowns for that first pitch of Opening Day. Thirty years ago, this was not something that the vast majority of us could gain easy access to, now, we can live like we are down watching a Grapefruit League game if we want. It’s quite exciting.

There is a lot of commotion this season. Alex Rodriguez is back training after serving a season long suspension for using performance enhancing drugs last year from the Yankees. Many expected that he wouldn’t even bother to show up to Spring Training this year, but he has. Josh Hamilton is likely facing a suspension, too, for violating a substance abuse policy, speculative reports say. Hunter Pence has broken his arm and is likely out for a couple months at least. The list goes on and on. It applies to teams, too. Will the Red Sox have another horrific year? Can the Royals repeat with another Cinderella season? Or, what about the positive aspects? Can Miguel Cabrera secure a second Triple Crown? Is Barry Bonds’ single season homerun record ever going to be touched?

Why are these things important? There are a ton of reasons. People can use this information to draft their fantasy league teams more effectively, they can place more informed futures bets on their supposed league champ, or they can write their own informative articles about their projections for the 2015 MLB season. What it really comes down to for most, though, is that sports are just plain fun to watch. A lot of us played sports in high school or college. It’s a rare talent that go make a dime playing their favorite sport, though, and to see baseball players raking in millions of dollars doing something that many of us would pay to be able to do is astounding to think about. Traveling around the country, playing a game night after night, surrounded by some of the most talented athletes in the world is a dream come true, and thanks to live television, websites and magazine writers following their teams around, we can get a small glimpse of what this life is like. And we can do it all from the comfort of our homes. Baseball is a fun and tactical sport, and once you learn more about it, the downtime between pitches is no longer boring, but filled with excitement and tension as you wait to see what the batter will do with the pitch he’s given. Thankfully, this is easier to do than ever before.

Pick a Site to Play